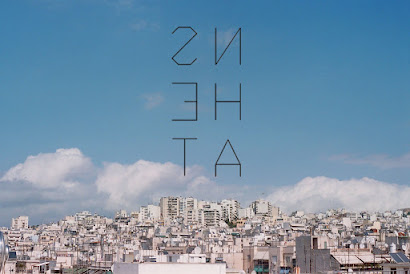 Snehta is happy to announce the inauguration of a novel residency program which will allow three outstanding Greek based artists to conduct their research and produce a new body of work for the duration of four months within the bounds of the residency structure.  The programme sprang from a natural question of what a residency should focus on when environmental and global changes shift our focal point. The period we just experienced affected every cultural organisation on very fundamental levels, enlightened by the aftermath of the quarantine period which created a hyper focus to both very local and global subjects.   Snehta responds to this climate by proposing a new subtext for the residency programme that will explore what we felt as a deeper need to - introspect and redefine - departing from a hyper local perspective.  Highlighting artist's critical orientation as integral parts of our local communities, the programme will challenge the role of local artists within the wider community by differentiating methodologies in their practice and intensifying their research through a number of curated activities; Additionally the programme will force feedback in the form of a number of public talks and educational programmes which are planned for October 2020.  The artists personal attachment to the local community as well as their unique approach to creating stimulating and ambitious installation work were pivotal for this artistic formation. Moreover these artists share a gregarious and open attitude towards their research for the creation of artworks that often use as active agents - participation and the audiences explorative and “peripatetic” drives. That is something the programme will highlight further by coalescing with ongoing partnerships with local organisations and other partners.  The artists will make use of Snehta’s studio space and facilities (wood workshop, etching press, library) at I.Drosopoulou and Kefallinias 39 (Satellite) and will receive focused support from selected members of our team and our expanded network of collaborators.

Alexandros Kaklamanos (b. 1982) is a visual artist based in Athens. He studied at the Athens School of Fine Arts (2011) and at the Royal Academy of Fine Arts in Antwerp (2010) with a state scholarship. In 2014, he received his MFA from the Academy of Art and Design (AKV) St. Joost, s’-Hertogenbosch with a scholarship from Motor Oil Hellas. In 2012 he represented Greece at the “World Event of Young Artists” in Nottingham, within the context of the Cultural Olympiad. His work has been presented in solo and group exhibitions in Greece and abroad including among others: “Videolands”, MOMus-Experimental Center for the Arts, Thes- saloniki (2019); “WOW: We are One World ”, Torrance Art Museum, Los Angeles (2018); “Identifying The Loss”, The Symptom Project#7, Amfissa (2016); “New Future”, Palazzo Poggi Museum, Bologna (2013); and “PLATFORM 20”, ISET Contemporary Greek Art Institute, Athens (2012). In 2017, he was nominated for the Lappas Award and in 2018 he was selected for the 1st SNF Artist Fellowship Program by ARTWORKS. He lives and works in Athens.   In recent years, he has been experimenting mainly with sculptures, installations and works of moving image, in which the viewer is often an important part being dragged into an intimate connection with the work. Memory, as a moment and as a monument, seems to connect conceptually my most recent practice.   Important part in the production of the works is the process - it is necessary to include unpredictable elements, keeping the process interesting and open. He often visits the site of his forthcoming actions to observe permanent or recurrent happenings. In this way he sets the conditions to capture and include the accidental. Most importantly, however, is the time he is giving that to happen.   In works of moving image, he often uses passers-by’s, as actors who interpret unwittingly the notions addressed. He tendd to see the process of filming as inhaling images and the process of editing as exhaling his thoughts and interpretations. In sculptural installations, with regard to the experience of the visitor, who is entering, touching and sometimes shapes the work, he is aiming at narrowing the distance between the viewer and the work. The artistic product is (re)formed and presented depending on the occasional space of exhibiting.

Dimitra Kousteridou (b.1986) in Thessaloniki is a multidisciplinary artist based between Amsterdam and Athens. She has her bachelor degrees on Art and Design from AKTO Art and Design College in Thessaloniki (2009) and a bachelor on Fine Arts from the University of Applied Sciences in  Groningen, Netherland (2016). She studied in Mediamatic in Amsterdam, Netherlands (2017) and also got an internship at the Netherlands Institute for Sound and Vision in Amsterdam.  Her focus is on time-based, site-specific installations that manipulate noise and sound through the use of physical objects. The core of her interest lies in deconstructing the visual identity of subjects or objects and infusing them with new acoustic character, reinforcing the physical, aural and aesthetic qualities of their soundscape. Recenly working on improvised sound compositions with handmade instruments (freeformed synthesyzers).  She stated in 2019 that she seeks to approach performance sound as an aesthetic and investigative medium, not only in the listening sense but as a communicational approach in performing and live art. Her work can often be explained as an on-going research inquiring the phenomenon of how our movement continuously and subconsciously changes, depending not only on what we hear but what we also interact with.   She has showcased her work in group and solo exhibitions in Greece and abroad. Recent participations include: (2019) SPATIAL PERFORMANCES Festival, kinesthetic performance, Romanzo, Athens. Evolution of a garden, Digital Arts Festival, sound installation, exfokas, Athens.  ARC for dance festival, kinesthetic performance with"Verge", OLVIO Theater.  OnMaterials, sound performance, Kassandras,Athens.  CTRL+T Dimitra Kousteridou, open studio solo exhibition, TAF Gallery,Athens. Cross Attachments Sound Installation, :Base Gallery Athens, (2018). Promitheus 2.0, Group Show, Michael Cacogiannis Fundation, Athens. 6.8KOhm Imrovistion series tour at: DeRuimte, Amsterdam, AtelierIlSoleCantine,Gronigen. TwixtLab, KET, Chimeres. Never Below Zero, Group Show, SNEHTA Gallery, Athens.

Valia Papastamou (b. 1987)  has had three solo exhibitions: at Snehta Residency (Satellite Space) “The writing trousers” (2020) , at the Contemporary Art Center Ileana Tounta, “Phonologic Minerals”, in the framework of the two-person exhibition “Two Person Show-Maria Tzanakou & Valia Papastamou” (2017) and at Two Elephants,  ”Come Back to the House Where Nobody Lives” (2016).   She has participated in group exhibitions in Greece and abroad, including:  Mykonos Biennale  “Apathia” , Antidote Treasure Hunt at Delos island (2019); “Still Here Tomorrow” (Artworks Fellows 2018), at Stavros Niarchos Foundation Cultural Center (2018); “Caritas Romana-15 Acts of Devotion”, Center of Contemporary Art of Thessaloniki, as part of the 59th Thessaloniki International Film Festival (2018); “Art Athina 2018, Contemporary Art Center Ileana Tounta Booth; Athens Conservatory (2018), ”Impulses of Inalienability”, Eins Gallery, Limassol (2018), Rooms 2017 plus +, Kappatos Gallery (2017); ”Rooms 2017”, St George Lycabettus (2017); “Distant Utopias”, in the framework of “Utopia 500″, at Onassis Cultural Center Athens (”Stegi”) in collaboration with the School of Fine Arts of Athens, Diplareios School (2016).       She has been a fellow artist of Stavros Niarchos Foundation, as part of the first SNF Artist Fellowship Program of Artworks Organization (2018).     A common element in her work is the exploration of the familiarity of the space, the most personal – that is the body - and the space in which it already resides. The works emerge through measurement processes, speech acts and sculptural formations of accumulation of traces, however stating that which escapes measurement, that which cannot be said or is dislocated through the repetition of its versions. The works can be seen as assemblages of liminal points that gain meaning through their spatial relations, acting as snapshots that appear either as fragments of an inner world or as magnified versions that have escaped it.