Zacharias Mavroeidis' "Across Her Body" 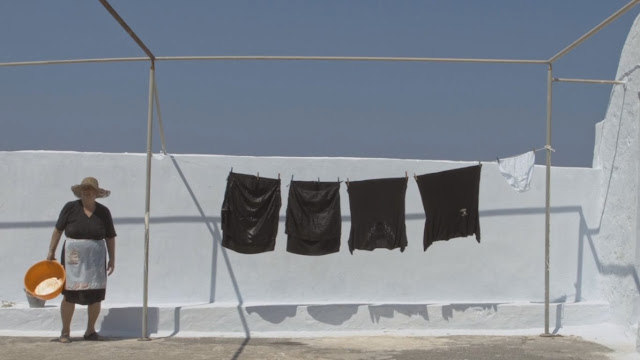 Every year, on July 31st, Mrs. Irene and the rest remaining "fifteeners" return to the obsolete Monastery of the Accession, on Therasia, the not so well-know sister island of cosmopolitan Santorini. For two weeks, they pray for eternal rest of their beloved ones while preparing the church for the day of the Accession. In between, they recall the past gazing at the touristic traffic across the volcanic bay.  "Across her body" documents the fading tradition of "Fifteen" correlating three bodies: the sacred body of the Virgin, the deserted body of the once upon a time fertile Therasia and the aging female bodies of the fifteeners.

The film is in the greek language and it will be screened with greek subtitles.