The 14th Dakar Biennale is postponed 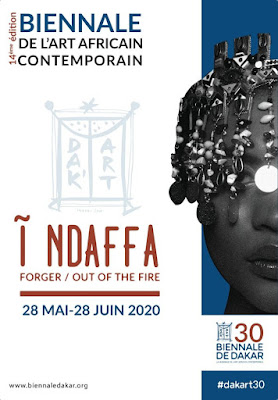 The 14th Dakar Biennale (Dak’Art 2020), originally scheduled from May 28 to June 28 in Dakar, will be postponed to a later date, Senegalese culture ministry announced on Friday.

According to a press release from the Senegalese Ministry of Culture, the organizers decided to postpone the world-renowned contemporary art exhibition in order to comply with Senegalese President Macky Sall’s decision to ban public events and gatherings both in open and closed space due to the novel coronavirus.

The 14th edition of Dakar Biennale (Dak’Art 2020) was officially launched on Nov. 18 at the Museum of Black Civilizations in Dakar.  Ghana and China were presented as countries of honor for the event’s 30th anniversary.  On the list of 64 artists selected for the international exhibition, there are seven Senegalese.