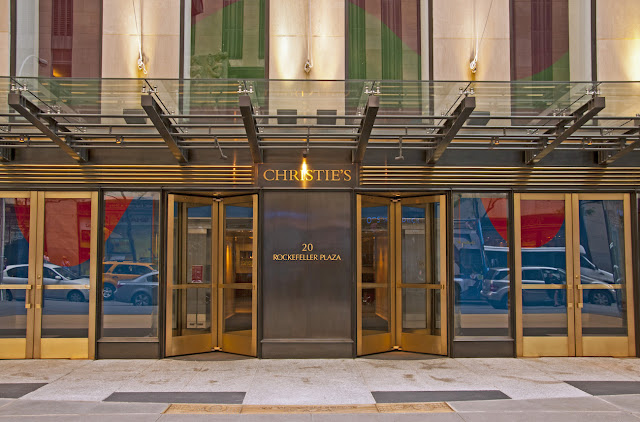 Both Christie’s and Phillips auction houses will be delaying their spring New York auctions, originally planned for May, to be held in June. Christie’s auctions of Impressionist and modern art, and postwar & contemporary art, will take place in New York from June 23 to June 28, according to recent announcement. The sales will include the house’s usual London auctions in the same categories, all folded into a single consolidated New York season.

In addition, Philips is holding its 20th century and contemporary art sales in New York the week of June 22, also consolidating its New York and London sales into one week. Phillips’s Hong Kong sales remain steady, and are scheduled for May 31 - June 2. Announcements of dates for a series of auctions in London in early June are held back, but no formal comment for them to be postponed has been done.

Nevertheless, Sotheby’s has announced that it will postpone its May sales in New York until June. A new date for its anticipated "auctions week" has not yet been announced. However, Sotheby’s will launch two new online day auctions: a contemporary sale and an Impressionist and Modern art sale. Bidding for both auctions will run May 4 through May 14. The company has had success with its online sales; last week Sotheby’s first online-only auction of Modern and contemporary Middle Eastern solidly fetched a $2.6 million revenue. The pair of recently announced May sales will also be accompanied by a new digital catalogue, which will include video and interactive media. Any further changes to its upcoming auction calendar will be announced “approximately 30 days prior to the existing sale date,” Sotheby’s says.