This Side: A dreamland reality juxtaposition running down ancient Ilisos river 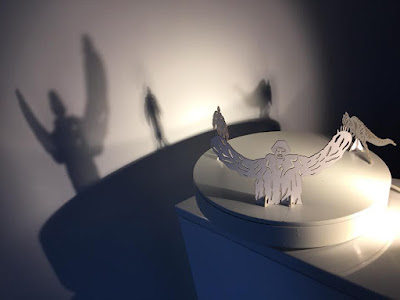 Finnish artists Terhi Ekebom and Sebastian Boulter are holding an exhibition in Chili Art Gallery (13-15 Dimofontos str. sector 11851 Thission, Athens). Opening of the exhibition takes place on Thursday the 6th of February 2020 at 20:00. The show is featuring drawings of Sebastian Boulter and a large scale cut-paper installation of Terhi Ekebom. The exhibition is curated by Paris Kapralos and has been organised in collaboration with the Finnish Institute at Athens.

"Terhi Ekebom and Sebastian Boulter conglomerate in a dynamic fashion, as they melt the historic, ancient streams of time and space into the contemporary, while exploring the potential and the energy inherent in their artworks, as open to reality as to imagination and dreams at the same time. The roots of plantation which emerge from the ceiling in the tunnels depicted in Boulter's works extend into the daylight reality of Ekebom's life energy symbolism. The dualism of the two artists works differentiates them in style as much as it interconnects them in the psyche of the spectators who will drift to their side", notes the curator of the exhibition Paris Kapralos.

The artists have issued a statement emphasizing on their own explorations to “the other side”. The starting points are connected with a gate and a tunnel, through which the artists have conducted their explorations. Ekebom explored her own dream experiences. Boulter explored the phenomena he found in the tunnel of the river Ilisos. In their joint exhibition Ekebom and Boulter bring out visual information from the other side of the dream gate and a walk through the tunnel of the river Ilisos. 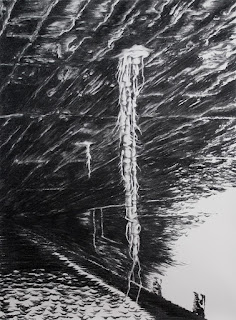 From the pitch-black environment Boulter digs out with charcoal the little light that can be imagined in the tunnel. There are penetrating roots appearing through the ceiling and collapsed sections of the roof, the floor and the walls. It is possible to discover sources, drainage pipes, Eridanos meeting Ilisos, rats and hundreds of cockroaches. The visual language of the works tends to diverge from realism to the world of imagination and illusion that cannot be avoided in the dim tunnel.

In Ekebom’s expression, the light travels concretely through white paper and the apertures cut onto it. The cuts imitate the flow of the rivers, the growth of the trees and the roots, the undulating tentacles of jellyfish and the swim patterns of fish. Together with light, shadows extend the visual dimensions of the dreams. Ekebom’s large-scale paper installation, the dream gate itself, depicts the transition between two realities: being awake and the dream world. However, not all experiences from the other side can be brought to daylight.

The artists in general are often interested in how experience, knowledge and memory are transferred from one side to another. In the project, Ekebom and Boulter are intrigued by the things that connect this and the other side, such as a source, a stream, or roots of the trees appearing through the roof of the tunnel. Dreams also represent the ways in which the soul’s landscape reflects the state of one’s mind. In this way, our memories of the unconscious also form a type of steps down into a stream of dreams. 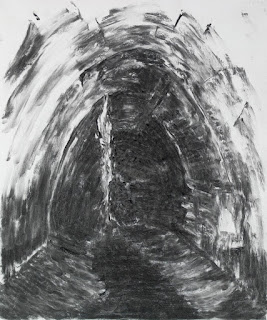 About Sebastian Boulter
The artistic background of Finnish painter Sebastian Boulter includes working as a musician in independent theatres, contemporary dance groups and different ensembles. He has worked as an independent curator in cooperation with Cultural Affairs of Tampere City, Finland and Artist’s Union of Nagorno-Karabakh.  Most recently, in 2018-2019 he worked for the Finnish Institute at Athens as a curator and a cultural producer. Since 2000 he has held several solo exhibitions and taken part of group exhibitions in Finland, Central Europe and most recently in Greece. Nowadays Boulter lives and works as a painter in Athens. He’s work often refers to environmental issues. He is interested in manipulated landscapes by human beings and other traces and tracks that humans leave behind them in nature as well as in cities. Boulter holds a Master degree in painting from The Royal Academy of Fine Arts of Brussels, Belgium. 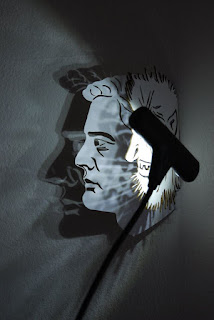 About Terhi Ekebom
Terhi Ekebom (b. 1971) is a Helsinki-based artist, graphic designer and illustrator. She has studied at the Aalto University School of Arts, Design and Architecture and the Metropolia (EVTEK) Institute of Art and Design. As an artist, Ekebom is an open-minded experimenter who is equally at home in the field of illustration, wall painting, public art and installations. She works with different techniques and her works have been featured in numerous exhibitions around the world, including Milan, Brussels, St. Petersburg, New York and Chicago. Ekebom published her debut comic book A Cow’s Dream, in 2001, and since that she has published various comic books, and participated in international anthologies. The Finnish Comics Society awarded her the Puupäähattu prize in 2014. She was the guest artist at the Rural Urban Art Street Art Festival in Estonia 2019. She has made public art for example for Helsinki University Main Library, Korkeakoski comprehensive school and Kerava Art Museum. The paper as material is renewable, tactile and democratic as a lo-fi method in the era of augmented reality, but with the right lighting it can transform from mundane to magical. While exploring her wild dreams she does not seek for explanations or truths, but rather observation and revelation.

About the gallery
Chili Art Gallery was founded in 2010 and is located in Thission, the Historical and Archaeological Centre of Athens at the foot of Acropolis, a breath away from the liveliest and more cultural part of the city down town Gazi. Painting, sculpture, graphic art, photography, but also ceramics, jewellery, micro sculptures and silk prints are being presented with individual and group exhibitions of Greek and International artists. Find out more at https://chiliart.gr