Towards the Temenos: The experimental cinema of Gregory Markopoulos and Robert Beavers 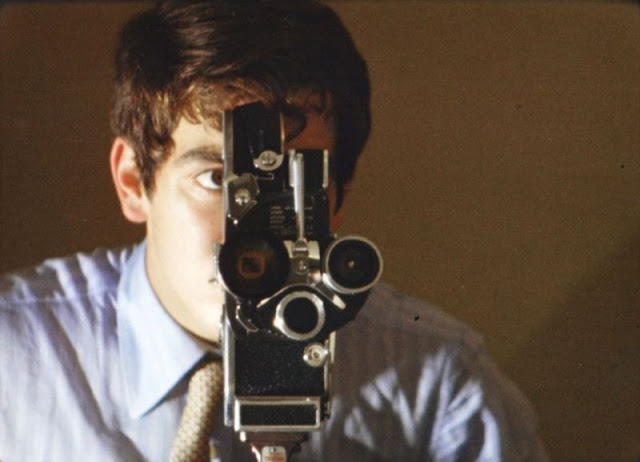 The 60th Thessaloniki International Film Festival (31/10 – 10/11/2019) announces its tribute to the groundbreaking work of Gregory J. Markopoulos and Robert Beavers.  The tribute, “Towards the Temenos: Gregory Markopoulos and Robert Beavers” is constituted of 12 films. The Thessaloniki International Film Festival will host an open discussion between Robert Beavers and Mark Webber, British rock musician and independent curator of artists’ film and video who has programmed film screenings for Tate Modern, BFI, Centre Pompidou etc. Film critic Georgia Korossi is curating the tribute.  One of the most respected figures in the history of film art, Gregory J. Markopoulos shot dozens of films from the end of the 1950s up until his death in 1992. In his work, he uses themes from mythology and literature, shaping them in a contemporary context. His vision, the sensual use of color and his cinematic innovations impressed artists such as Andy Warhol and Jonas Mekas.  Born in Ohio in 1928 to Greek parents, Gregory J. Markopoulos began making 8mm films at the age of 12. In 1967 he left the United States with his partner, Robert Beavers, for Europe where he spent several decades. Living in a self-imposed exile, he gradually withdrew his films from distribution and demanded the removal of a chapter on his work from P. Adams Sitney’s book Visionary Film. While he continued to make films, his work remained largely unseen for almost 30 years.  Markopoulos believed that cinema is an endoscopic, healing experience and that the filmmaker is responsible for every aspect of his work. He had the idea for the Temenos, a a dedicated archive and film theatre devoted to his work. He decided to edit his work of over 100 of his films, making an 80-hour long magnum opus entitled Eniaios.  Although edited, the Eniaios cycles were never printed before Markopoulos's death in 1992 and they were to be screened only in the Temenos site located near the small village of Lyssaraia in Arcadia, where his father was born. Since 2004 Markopoulos's work is premiered in the Temenos site in four year intervals to a group of spectators from around the world and the 12th, 13th and 14th of the 22 film cycles of Eniaios will premiere at the Temenos 2020. Devotion by Georgia Korossi, which will have its Greek premiere at the 60th Thessaloniki International Film Festival, is an insightful and rare visual testimony of the Temenos latest edition, which took place in July 2016. It is a fascinating pilgrimage, as well as an act of delicate love for the enchanting and fragile work of one of the least known protagonists of avant-garde cinema.  Born in Brookline, Massachusetts, filmmaker Robert Beavers attended Deerfield Academy before meeting Markopoulos in 1966. His use of handmade mattes, his exploration of movement and cities through his experiences of mood and pace while filming on his 16mm Bolex camera and using color reversal film, are central elements and investigations in his work. He filmed most of his work in Italy, Switzerland, and Greece. Beavers established the Temenos Inc., a non-profit association devoted to the preservation of his and Markopoulos's work.

For more information on the Temenos: www.thetemenos.org

Christmas U.S.A. (1949) is considered one of the most important experimental films of postwar America. Markopoulos deals with notions such as female/male, managing in just 13 minutes to look into the queer psyche, while filming unseen corners, isolated rooms, forests, dim-lit buildings.

Based on the Greek myth of Hippolytus, Markopoulos’s Twice a Man (1963) is a poetic adaptation of the mythic story and its theme of sexual desire. Transported to 1960s New York, its abstract narration focuses on the relationships between a contemporary Hippolytus, his seductive mother and his male lover. The film’s textured use of color and rhythm achieves a sensuous composition that delicately balances the intertwining of characters and their personas.

Memories, color, and light interlock in the portrait of a space in the film Ming Green, a film shot in the spring of 1966, when Markopoulos was getting ready to leave his apartment in Greenwich Village.

The Illiac Passion (1967) is an interpretation of “Prometheus Bound”, taking place in the underground scene of New York during the 1960s. Andy Warhol makes an appearance in the role of Poseidon riding an exercise bike.

Bliss (1967) is the first film that Markopoulos shot after he left the USA for Europe. In six minutes, he is attempting a description of the interior of St. John’s Byzantine church, on the island of Hydra, in Greece. The beautiful, almost mystical, images of the church ooze a feeling of bliss.

Gregory J. Markopoulos said about his film, The Mysteries (1968): “In my film I suggest that there is no greater mystery than that of the protagonists. War and Love are simply equated for what they are; the aftermath is inevitable, and a normal human condition, for which – like the ancients – one can only have pity and understanding. In this lies the mystery. All else is irrelevant. That there are other subcurrents of equal power in The Mysteries goes without saying; and those who are capable of the numerous visual visitations and annunciations which the film offers will realize what is the Ultimate Mystery of my work”.

The Portrait of Gilbert & George (aka Gibralta, 1975) is a portrait of the two famous artists -here they are presented as live sculptures- shot in Paris, during an exhibition. Film critic Erika Balsom writes: “Though a portrait of the artistic duo, the film indulges in none of the privileging of visibility on which the genre of portraiture often rests…”

Early Monthly Segments (2002) is constituted of brief segments or exercises, shot between 1967 and 1970 by Robert Beavers, using a 16mm Bolex film camera and color reversal film.

In Pitcher of Colored Light (2007), Beavers films his mother’s house and her garden, giving emphasis to shadows. Beavers wrote about his film: “A voice within the film speaks to memory. The walls are screens through which I pass to the inhabited privacy”.

The Suppliant (2010) is a five-minute short film that stands as an exquisitely wrought portrait of the small statue of the title, as well as of the artist/friend in whose apartment it resides. Beavers pans briskly up and down the figure’s sleek surface, as if to summon its spiritual, nurturing power, cutting these moves with shots of its head, its torso, and an arm gracefully poised. Sounds are minimal and precise. Without a single shot of the apartment’s occupant, images and sounds carve a portrait of a solitary life.

In Among the Eucalyptuses (2017), Robert Beavers films old factories and their machinery, warehouses, train lines and shabby buildings in the city of Piraeus, which are juxtaposed to ancient statues and moments. Two worlds co-existing and colliding at the same time, a distant past and a fading present. A poetic meditation on the stillness of time.
Email ThisBlogThis!Share to TwitterShare to FacebookShare to Pinterest
Labels: Cinema, ENGLISH, Festivals & Biennales, Thessaloniki
Newer Post Older Post Home