The subversive cinema of Catalan director Albert Serra and the cinematic signature of British filmmaker Joanna Hogg are honored at the tributes of the 60th Thessaloniki International Film Festival (31/10-10/11/2019).  Albert Serra: Between the old and the modern 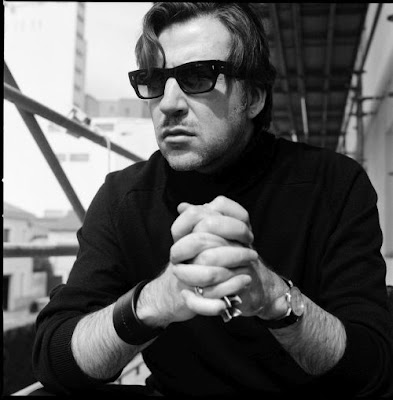 The work of director and artist Albert Serra draws inspiration from literature, history and art. Whether they take place in impressive locations, or in one room, the films of Albert Serra deal with the decline of power, death -a subject he approaches with sarcasm-, while they are at the edge of romanticism and realism. From Don Quixote and Casanova to Dracula and Louis XIV, Serra handles his cinematic heroes with originality, giving an earthly status to mythic figures.  In the 60th Thessaloniki International Film Festival we will have the opportunity to discover seven feature films and one short film by the director. Albert Serra will be at Thessaloniki to present his work and he will, also, give an open masterclass.  In minimalist Honour of the Knights (2006) the quixotic figure takes center stage. The director is not interested in the adventures of the famous hero, but in his aimless wanderings, the sounds and locations. The director revisits his work in 2011, in The Lord Worked Wonders in Me. As part of a project under the auspices of the Centre de Cultura Contemporània de Barcelona, Albert Serra and Lisandro Alonso agreed to exchange film letters where they both engage with characters and concepts from their previous films. Serra transports the cast and crew of Honour of the Knights in the arid landscape of La Mancha, the original setting for Don Quixote’s adventures and misadventures.  A biblical story, that of the three wise men that look for baby Jesus, becomes a philosophical quest in Birdsong (2008). With minimalistic storytelling and black and white photography, Serra makes a reflective and mesmerizing film, that drew comparisons with the cinema of Carl Dreyer or Theodoros Angelopoulos.  Serra overturns expectations in Story of my Death (2013), in which the viewer watches a fictional meeting between Casanova and count Dracula. Desire, pleasure, and the dark side of sexuality interest the director, who illustrates in a playful and allegoric tone the transition of European thinking and art from rationalism to romanticism.  The decay and death of Louis XIV becomes a source of inspiration for Serra. Roi Soleil (2016), a work first presented at the Tate Modern gallery, combines elements of performance, installation and cinema and follows the monarch during the last days of his life. The same theme can be found in the film The Death of Louis XIV (2016), with Jean-Pierre Léaud portraying in a staggering way a powerful man that stands powerless in front of the agony of his end. In the 60th TIFF we will have the opportunity to watch both versions.  The most recent film by Serra, Liberté (2019) takes place before the outbreak of the French Revolution and watches the nocturnal wanderings of a group of aristocrats, the Libertines who in 1774 leave France, looking for shelter in Germany, where they start living a life without ethical rules or limits. A grotesque and provocative tableau vivant of a decayed Europe, still resisting its mental, moral and sexual liberation. Serra deals once more with power and decay in a film that won the special Jury award in Un Certain Regard at the Cannes Film Festival.  The short film Cuba Libre (2013) will, also, be screened in the 60th TIFF. A tribute to Rainer Werner Fassbinder. The film is set in a decadent, yet seductive nightclub, featuring characters and depicting motifs that seem to stem directly out of the Fassbinder universe. 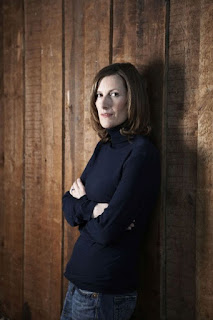 Class and privilege in the cinema of Joanna Hogg
The 60th Thessaloniki International Film Festival organizes a tribute to director Joanna Hogg, who has spearheaded a new type of social realism in British film. Her work includes bold portraits of middle class.  Tilda Swinton and Tom Hiddleston are her usual collaborators. She works with Hiddleston for the first time in Unrelated (2007), her unexpected and thrilling cinematic debut. A group of British spend their summer in a villa in Tuscany. The film’s characters belong to middle class and represent two different generations. Anna (Kathryn Worth) is the link between them. During the vacation she distances herself from her peers and comes closer to the youngsters and especially her friends’ nephew.  The holiday of a middle-class family is also at the center of the second film by Hogg, Archipelago (2010). Edward (Tom Hiddleston) is a young man who decides to leave his job at the City to travel to Africa. His mother, Patricia, and his sister organize a break before his departure. Edward’s estranged father is yet to show up, two family outsiders have been invited, and the unspoken forces of rivalry and resentment bring the family’s buried anger and repressed tension to the surface. With a discreet and detailed manner, Hogg studies the ruptures in family relations.  In her next film, Exhibition (2013), Hogg uses two non-professional actors (former guitarist of the Stilts, Viv Albertine and Liam Gillick, nominated artist for Turner prize), who portray a couple of artists who prepare to move in a house that is at the same time a labyrinth, a refuge, a prison, a psychological battleground, a cradle of inspiration and a shield against the external world and the inner doubts. A cinematic mystery and a study of modern art scene, Exhibition received enthusiastic reviews.  In the semi-autobiographical The Souvenir (2019), Hogg presents the relationship between a young film student (the wonderful Honor Swinton – Byrne, daughter of Tilda Swinton) with her older, sophisticated lover. His presence helps her to free herself of her overprotective mother and pretentious friends. Gradually, though, she slips deeper and deeper into a toxic and emotionally fraught relationship that comes dangerously close to upending her dreams and ambitions. The first disappointments in love, coming of age, creative search are the themes that interest Hogg in her latest film, which was screened in Berlin Film Festival and won a Grand Jury award in Sundance. Hogg prepares the second part of the film, in which she will follow Julie in her first young adult years.  In the 60th TIFF we will, also, see Joanna Hogg’s first short film, Caprice (1986), with Tilda Swinton in one of her first major roles.