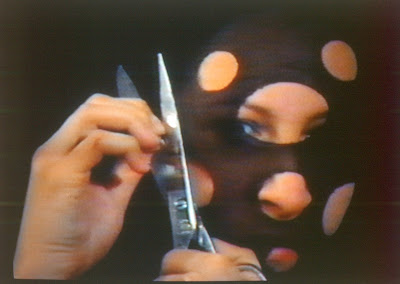 Art Project Space "State of Concept Athens" (Tousa Botsari 19, 11741 Athens, Greece) presents the solo exhibition of Sanja Iveković, one of  the most influential contemporary artists. The exhibition is curated by iLiana Fokianaki and opens on the 1st of March at 19:00.

A feminist activist and pioneer in video and performance art, Sanja Iveković's roots are in the highly politicised Nova Umjetnička Praska (New Art Practice) an alternative movement that emerged in Belgrade and Zagreb after 1968.

Ever since, Iveković has been critically reflecting on the construction of gender roles, the relations between private and public, and the institutional frameworks in the cultural field. Her work has also addressed violence against women and the forms of predatory capitalism to emerge in the 1990s.

Iveković’s strong feminist stance is a constant in her long career, from canonical work such as Double Life (1975), Triangle (1979), and Personal Cuts (1982) to recent large-scale public art projects in collaboration with activist organizations, such as Women’s House (1998–2003),  Poppy Field (2007) for documenta 12 or Monument to Revolution (2017) for Documenta 14.  Iveković’s work is characterized by political intervention into the cultures and politics of memory. These works appear as figurative “counter-memorials,” as in Lady Rosa of Luxembourg (2001), or “living memorials,” as in the case of Rohrbach Living Memorial (2005) and On the Barricades (2010), dedicated to the 1980 Gwangju People’s Uprising.
Email ThisBlogThis!Share to TwitterShare to FacebookShare to Pinterest
Labels: Athens, ENGLISH, Multimedia & Installations Art, Performance, Projects, ΕικαστικέςΔράσεις, Εκθέσεις, Τέχνη
Newer Post Older Post Home