Nel Aerts - Ellen Berkenblit: The Other Self 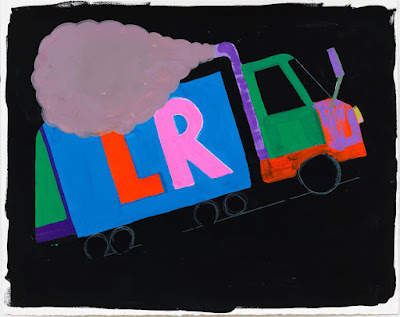 Eleni Koroneou Gallery is pleased to present the duo show “The Other Self” with works by the Belgian artist Nel Aerts (b. 1987) and the American artist Ellen Berkenblit (b. 1958).  The Other Self is a notion that has concerned a lot of artists during their practise, for some it serves as a guise for an imaginary persona or an alter ego under which they explore different aspects of themselves and their work, while for others it serves as a means to separate their work from their private life. On the occasion of this exhibition we examine two different generations of female artists that have been working with the concept of the other self through painting and drawing. Both artists use certain motifs that keep on returning in their works as a way of creating dreamy worlds for their alter ego’s to inhabit.  Nel Aerts is working in different media as painting, drawing, collage, sculpture and performance. The paintings and drawings in the show are made in a colourful and playful style. The compositions are often divided in two parts with different geometrical backgrounds, as clouds, flowers, and plaid patterns, in order to create distinct spaces, for her figures or objects to emerge. The figures that appear as caricatures in the foreground create a mysterious and at the same time comical other self of the artist in her everyday surroundings. Presented also in the show are two drawings from a series made in 2016, which are more realistic depictions of herself with a three-quarter turn of her face, posing in her bedroom and in her studio. The drawing “The Pink Studio” is a direct reference to a Matisse painting with the same title. At a first glance, the painterly world of Aerts might appear poetic and innocent, but is simultaneously absurd and grotesque.  Ellen Berkenblit has been working on the theme of the alter ego throughout her whole practice. The paintings in the show consist of geometric forms with sharp angles that are mostly close up views from female limbs. The profile of a woman is the protagonist in most of her paintings, along with portraits of a tiger and a leopard, as animals are frequently present in her work. Her figures painted in vivid colours, like yellow, violet, red, blue and green mostly emerge from a black background creating a strong contrast. The use of black is not necessarily associated with a night landscape, but it is rather a way to create an otherworldly atmosphere, that automatically becomes familiar through the motifs she uses.