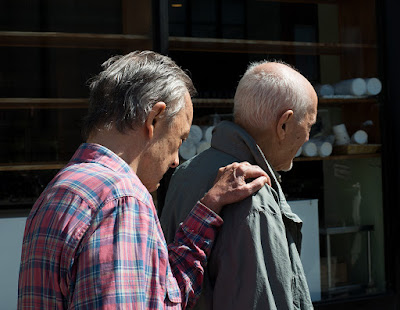 What has happened to the state of contemporary politics? Wasn’t there once a time when politicians were driven primarily by unselfish motives or altruistic intentions and entered politics to serve the public good? True, politics has always been prone to corruption and the abuse of power, but in recent years it seems that self-serving private interests—or the interests of industry and business—have come to take precedence over the interests of the wider electorate. Citizens, it seems, exist only to be managed, manipulated and exploited, rather than served. Political campaigns deliver messages of fear, rather than of hope; scandals abound and miscreants offer apologies without sincerity and then quickly return to "business as usual." Voting is no longer about positive choice, but about accepting the lesser of two evils. No wonder then that fewer and fewer people are turning out to vote.

In addition, we are witnessing the rise of authoritarian politics, the debasement of political language, the infantilisation and polarisation of debate, and the growth of a simplified discourse that panders to collective fears rather than addressing the real, pressing questions. No wonder so many of us feel disillusioned. This disillusionment with politics, government, state institutions and political parties is at an all-time high. For the first time since World War II (which was preceded by similar political crises of the 1920s and 1930s), we have reason to fear the disintegration of peace and the rise of aggressive nationalism. Philosopher Lieven de Cauter calls this sense of disillusionment "political melancholy": a sinking feeling borne from frustration, anger, despair, mistrust, sadness and hopelessness. This exhibition is inspired by his text Small Anatomy of Political Melancholy.

Clearly there is something profoundly wrong with contemporary politics: not only the moral and intellectual inadequacy of politicians, but also the gaping chasm between the aims of politicians and the needs of citizens. The foundations of democracy itself are at risk, not only from the rise of demagogic populism in Europe, but also from the grip of financial institutions and mega-corporations.

The 12 artists in the exhibition Anatomy of Political Melancholy probe different aspects of our current political discontent and explore its effects on the older and the younger generation How did we get where we are? How does this disillusionment with our present condition manifest itself in our everyday life? Can we imagine a way out? Is it possible that solutions exist closer to us than we think? Is it time to start believing in the existence of alternative futures? Anatomy of Political Melancholy probes and condenses the present condition—often mistaken as one that is also the product of the consumerist "politics of content." Studies suggest the exact opposite: a politics of disillusionment due to the status quo. The exhibition highlights the dangers of political apathy and points to the fact that—contrary to what neoliberal discourse says—there are still such things as society and community. Anatomy of Political Melancholy thus attempts the difficult task of both capturing the complexity of the moment and imagining a better future. At a time when ideologies tend to divide people instead of uniting them, that condemn instead of bringing about understanding and respect, the exhibition attempts to map a contemporary pathology of politics. It aims to encourage the rejection of political apathy and belief in the power of both individual as well as collective agency, and how one can become politically active—even on a small, local scale.


Read more about the exhibition's concept and see all participating artists' biographies HERE.