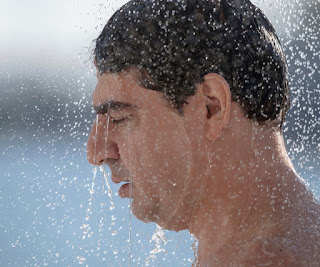 Ηow does unhappiness mix with happiness? Our hero’s daily ritual begins with a satiating sobbing session in his bedroom.  When tragedy knocks on his door, the people around him stand by his side. Drawing a sense of satisfaction from all the compassion, kindness and attention of his peers, the middle-aged lawyer becomes addicted to their pity, so much so that he now feels unhappy when he’s happy and he’s happy only when he’s unhappy.  He cannot accept other people’s unhappiness, only his own, and while most people strive for happiness, our hero strives for unhappiness.  The macabre meets the comical in Pity, which, following on from its selection for the International Competition section at the Sundance Film Festival and its success on the international festival circuit, receives its Greek premiere at the Onassis Cultural Centre.

Babis Makridis was born in Kastoria, Greece. He graduated from the Stavrakos Hellenic Film and Television School. In 2005 his first short film, The Last Fakir, won the best new director award at the International Short Film Festival in Drama. L, his first feature film, was screened at top international film festivals, such as Sundance, Rotterdam and Karlovy Vary, and received First Prize (Grand Prix) at the Molodist Film Festival, Kiev Ukraine. Pity is his second feature film.

Babis Makridis calls his film a tragicomedy or ‘tragic comedy’, while international reviews speak of “a Greek ultra-black comedy” (Variety) and “a universe parallel to reality, only bleaker and funnier” (Cineuropa).  Babis Makridis has co-written the script with Efthimis Filippou, who worked with Yorgos Lanthimos on the scripts of such films as Dogtooth, Lobster and The Killing of the Sacred Deer. This is Makridis’s and Filippou’s second collaboration, following L, Makridis’s award-winning first feature film, in 2011.  With a revelatory performance in a minimalist vein by Yannis Drakopoulos, and also starring Makis Papadimitriou, Evi Saoulidou and Nikos Karathanos among others, the film, which is co-produced by the Onassis Foundation, begins its Greek screenings by premiering at the Onassis Cultural Centre.  Pity received its world premiere at the Sundance Film Festival 2018, in the World Cinema Dramatic Competition section (as did Makridis’s debut film, L). It continued its festival tour, receiving its European premiere at the Rotterdam Festival and going on from there to many other film festivals around the world. At the Odessa International Film Festival (OIFF), Pity won the awards for best picture and best director. At the Montenegro Film Festival, it won awards for best picture and best actor in a lead role for Yannis Drakopoulos. At the Valletta Film Festival, it received the award for best director, while at the Luxembourg City Film Festival it received a special mention. The film has also been nominated for the European Film Awards 2018, Feature Film Selection.  Following Pity, Babis Makridis joined forces with Nikos Karathanos once again, as he filmed the long journey of the play Ornithes (Birds) all the way from Athens to St. Ann’s Warehouse, Brooklyn New York, in May 2018, this being the first film by the Onassis Cultural Centre, with Makridis directing “a story about birds and about humans, a story about bird humans”, as he notes.