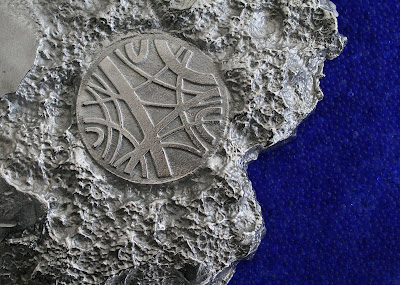 In her new solo exhibition, sculptor Stefania Strouza uncovers the analogies between currents and currencies, focusing on the connections that they establish between territories, populations, discourses, and economies.

From the first aquatic flow of the mythical river Potamos up to contemporary information circuits, currents act as mediators for the appearance of a series of topological formations. In parallel, the earliest currency is embodied in the form of seashells used in maritime trade. The artist explores these historical and metaphorical ties between flows and currencies, thus blurring the boundaries between nature, culture, and economy.