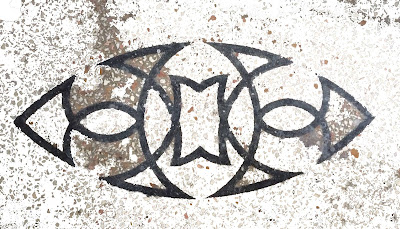 The former Zarifi residence built in 1924 on the crossroads of Eptanisou and Andros Streets embodies the echo of a bourgeoisie that defined not just the history of the area of Kypseli but the city of Athens during the 20th century. With owners as merchants trading in Ceylon, the residence was situated at the epicentre of an historic reality also encompassing other neighbouring residences, such as the one next to it on 18 Andros Street. This became the first American college of Athens for three years (1925-1928) before relocating to Psychiko. During the 1930s, Ethiopian emperor Haile Selassie (1892-1975) unofficially stayed there for his summer holidays with his family. A few years later the building functioned as the headquarters of the prestigious boarding school ‘Palladium Lyceum - Filip Doucas’.Andros Street – amongst other areas in Kypseli – was in the forefront of the December political events (Dekemvriana) of 1944.Today, the neighbouring building on 18 Andros Street continues to exist, as a derelict listed monument. The Zarifi residence changes hands. In 1984, its ground floor was converted into a traditional rebetiko music venue (To Pontiki) while the rest of the building remained vacant and inactive since at least 1978.


After about 40 years of sleep the house is now coming back to life, playing host to this exhibition.As a shell and ark of memory encapsulating the layering of socio-historical events, the show invites nine contemporary artists (a numerical metaphor for the nine decades of the building’s life) to respond to the formation of a contextual backdrop as this unfolds since the emergence of the residence. Diverse conceptual chapters that deal with the presence and evolution of architecture, social identity and human landscape, personal mythologies, economic zenith and nadir, collective memory, the political backstage but also the surfacing of an amalgamation of nostalgia, pride and underlying hope, accompany the participating artists, who act as guides and companions.The nine artists filter through their cross-disciplinary visual lexicon and diversity of mediums the spoken (or in other words the subjective) history as this has been orchestrated in the course of time. They reveal a site-specific and site-responsive narrative which reflects the rethinking of values and the engagement with multiple emotional territories that coexist and intertwine with one another.The disturbing socio-economic and political manifestations of contemporary civilisation have left their scars on the skin of urban monuments not only in Athens but also in other similar neighbourhood counterparts in capitals around the world. What used to be regarded as architectural jewels of a significant cultural heritage are now standing as urban debris, mutely collapsing. The exhibition will bring to the forefront issues of abandonment, neglect and desertion and will consider the relationship between public and private space that once used to be in constant dialogue and before they stopped interacting with each other.[un]known destinations interweave an incorporeal choreography; we all become viewers and participants, with time as the main rhythm.Participating artists: Maria Andromache Chatzinikolaou, Aikaterini Gegisian, Apollonas Glykas, Eleni Lyra, Despina Meimaroglou, Rena Papaspyrou, Andreas Savva, Dimitris Skourogiannis, Betty Zerva.