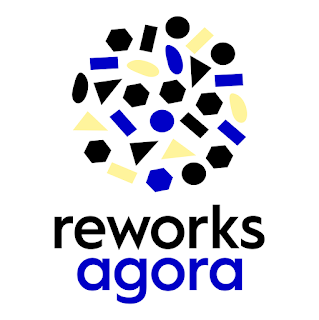 "Agora" in Ancient Greece was the gathering space where free citizens would meet in order to discuss important issues. Reworks Agora, the cross-thematic forum of the Reworks festival, is aiming for a similar forward-thinking approach to the future vision for creativity, presenting emerging topics, initiatives and artists that inspire the dialogue on the development of culture, entrepreneurship and technology. Located in Thessaloniki, Greece, Reworks Agora is opening Reworks Festival on the 13th of September 2017, and it aspires to be an inspiration to local creators and cultural workers, creating synergies with international experts and initiatives. Discussions, presentations, talks will showcase the most innovative developments in music industry, digital culture, creative economy and art, contributing to their growth in Greece, while the program is also including concerts and screenings.  This year, Reworks Agora, under the theme of “2030: What’s next?” will focus on future scenarios that will shape the rapidly changing world.

The absence of direct mentioning on the role of culture on both UNESCO and EU “2030 Agenda for Sustainable Development” documents opened a discussion on how we can achieve a sustainable future without including manifestations of human intellectual achievement. However, from creative cities to cultural heritage, culture is both an enabler and a driver of the economic and social dimensions of continuous growth.

The world, as we know it, is changing and so is the role of culture. As individuals and communities we are more connected than ever before, technological advancements help to accelerate unique cultural ecosystems, citizen-led innovations catalyze the shift towards a more participatory society and cultural activism has never been more present. During Reworks Agora 2017, together with artists and experts, we will explore trends, visions and scenarios and identify risks and opportunities for a sustainable future through culture.

Reworks Agora in the framework of the European program We are Europe, welcomes this year European Lab, the forum of one of the biggest electronic music festivals in Europe, Nuits Sonores and Insomnia Festival from Tromso, Norway, to co-curate with Reworks Agora part of the panels and screenings respectively.

Reworks Agora is also collaborating with re:publica Thessaloniki with a joint session as well as with a special price combo ticket which gives access to both events.

Reworks Agora is presenting the concert of the experimental pianist and composer Volker Bertelmann, or Hauschka as he is widely known. A musician who brought a new dimension to the prepared piano technique and has been awarded repeatedly for these compositions, while the music he created for the film Lion was nominated for an Oscar in 2017.

More details about the program will be announced HERE soon.