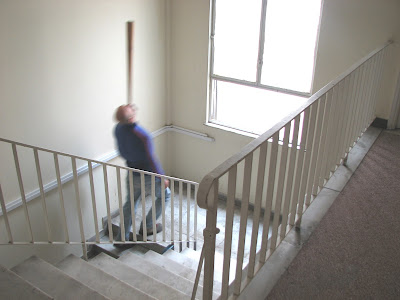 Thursday, March 9, 2017 - In order for the tick tock of the pendulum to become a measure of time, and hence a clock, it needed to be confirmed that the pendulum oscillates a set number of times per day. This task was undertaken by a group of Jesuit monks under the direction of someone named Rizzioli. As a sign, they set the passage of a star from a set point in the sky that took place once every night. Between the star's two crossings the monks assumed the role of the clock. They counted these tens of thousands of oscillations until they reached breaking point, for weeks, and all the while making various alterations to the structure of the pendulum.tick tock, one two for countless nights.Between the 24th of March and the 29th of April 2017, Elika Gallery presents Due today, the second solo show by Kostas Roussakis.In his new show Roussakis, who often works on a large scale, creating ephemeral, site-specific installations, devises an amalgamation of smaller autonomous objects. He retrieves these objects from the space that defined them in the first place and assigns them the mission of determining a new field, focusing both on their interrelationship as well as on the space that receives them. It is this field that the recipient of the work is asked to enter.Kostas Roussakis was born in Athens in 1971. He studied sculpture at the Athens School of Fine Arts under professor George Lappas. His collaboration with Elika Gallery begins in 2013 with the site-specific installation The truth is my love that I remember nothing. He lives and works in Athens.