Friday, December 23, 2016 - 2016 has been a glorious year in visual arts in London, and a year of bereavement  in music, cinematography, literature, philosophy, architecture and fashion all over the world. We went through stunning art shows, discoveries and rediscoveries of talent, history and tremendous creativity. Classic art played ball in the foreground through various significant expositions, while a dazzling display of Victorian artists who resemble greatly their modernist scions amazed us. If I was to align them all in a virtual hall of fame, my choice would be the following. 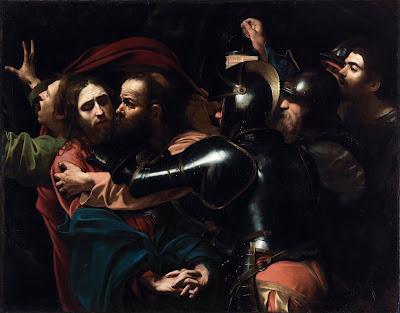 "Beyond Caravaggio" at the  National Gallery
After the unveiling of Caravaggio’s first public commission in 1600, artists from across Europe flocked to Rome to see his work. Seduced by the pictorial and narrative power of his paintings, many went on to imitate their naturalism and dramatic lighting effects. Paintings by Caravaggio and his followers were highly sought-after in the decades following his untimely death at the age of just 39. By the mid-17th century, however, the Caravaggesque style had fallen out of favour and it would take almost three hundred years for Caravaggio’s reputation to be restored and for his artistic accomplishments to be fully recognized. This exposition uncovered a rich haul of half-forgotten works by Caravaggio’s imitators to the public eye, in brilliant curatorial fashion. Find out more HERE. 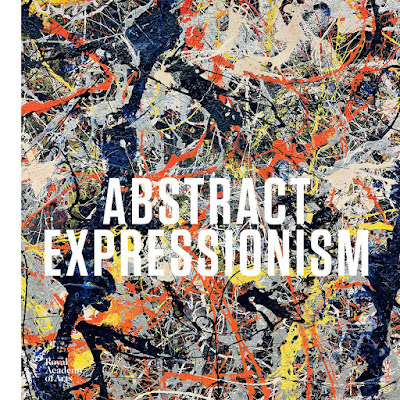 Abstract Expressionism at the Royal Academy
"Abstract Expressionism" is the one-of-the-kind once-in-a-lifetime sort of art museum show experience which will gain you in multiple ways. Abstract Expressionism was born from the common experience of artists living in 1940s New York. Two World Wars, the Great Depression, atomic devastation and an ensuing Cold War prompted early works reflecting the darkness of these times, and fed into the movement’s concerns with contemplation, expression and freedom. In his catalog essay Anfam reminds us that these artists did not work in isolation. They were part of a generation whose art must be understood within its historical context. The majority of these fellows grew up poor, lived through the Great Depression, the Spanish Civil War, World War II, the concentration camps, the Atomic Bomb, and the start of the cold war. Two great museums, Royal Academy of Arts, London with the collaboration of the Guggenheim Museum Bilbao, reveals the full breadth of a movement that will forever be associated with the boundless creative energy of 1950s New York. In the “age of anxiety” surrounding the Second World War and the years of free jazz and Beat poetry, artists like Pollock, Rothko and de Kooning broke from accepted conventions to unleash a new confidence in painting. The show is still on. Find out more HERE. 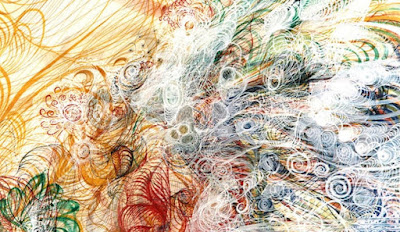 Georgiana Houghton: Spirit Drawings at  Courtauld Gallery
It is the occasion you learn that ghosts of the Victorian age can introduce into abstract art and seems perfectly fine! The spirit drawings of Georgiana Houghton June 2016 has been a a haunting experience for the visitor. Houghton is arguably the first ever abstract artist in the world. In 1871, three years before the famous impressionists exhibition was held in Paris, she staged an exhibition of her almost entirely non-figurative watercolours in London, where her artworks impressed the public. Born under the wrong sex, a woman in an Era whence the public recognized artistic genius in men alone, has been seen in her age as Medium for the dead, the spirits within and other Godlike creatures such as angels who guided her hand as she drew. Her personality was never held in connection to her works, however improbable this may seem, this was her first  ever public exhibition as an artist. You can find an excellent review by The Guardian's Jonathan Jones HERE.