Tuesday, November 22, 2016 - An exhibition organized by the Royal Academy of Arts, London with the collaboration of the Guggenheim Museum Bilbao, reveals the full breadth of a movement that will forever be associated with the boundless creative energy of 1950s New York. In the “age of anxiety” surrounding the Second World War and the years of free jazz and Beat poetry, artists like Pollock, Rothko and de Kooning broke from accepted conventions to unleash a new confidence in painting. Often monumental in scale, their works are at times intense, spontaneous and deeply expressive. At others they are more contemplative, presenting large fields of colour that border on the sublime. These radical creations redefined the nature of painting, and were intended not simply to be admired from a distance but as two-way encounters between artist and viewer. It was a watershed moment in the evolution of 20th-century art, yet, remarkably, there has been no major survey of the movement since 1959. This autumn we bring together some of the most celebrated art of the past century, offering the chance to experience the powerful collective impact of Pollock, Rothko, Still, de Kooning, Newman, Kline, Smith, Guston and Gorky as their works dominate our galleries with their scale and vitality. We also acknowledge the lesser-known figures who contributed to the development of the movement. Finally, we include photography and sculpture to complete an ambitious re-evaluation of the phenomenon that saw New York take over from Paris as the capital of the art world. The exhibition is curated by the independent art historian Dr David Anfam, alongside Edith Devaney, Contemporary Curator at the Royal Academy of Arts. Dr Anfam is the preeminent authority on Abstract Expressionism, the author of the catalogue raisonné of Mark Rothko’s paintings and Senior Consulting Curator at the Clyfford Still Museum, Denver. 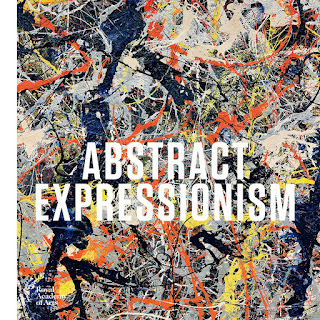 Abstract Expressionism was born from the common experience of artists living in 1940s New York. Two World Wars, the Great Depression, atomic devastation and an ensuing Cold War prompted early works reflecting the darkness of these times, and fed into the movement’s concerns with contemplation, expression and freedom. In his catalog essay Anfam reminds us that these artists did not work in isolation. They were part of a generation whose art must be understood within its historical context. The majority of these fellows grew up poor, lived through the Great Depression, the Spanish Civil War, World War II, the concentration camps, the Atomic Bomb, and the start of the cold war. Only rarely did painters or sculptors associated with Abstract Expressionism respond directly to current events; however, they conveyed  ideas and notions inexpressible in words through a universal language of abstraction. Abstract Expressionist art invites artist and viewer to meet. While the artist expresses their emotions and conveys a sense of their presence in the work, the viewer’s perception is the final component in the mix. Abstract painting “confronts you”, Pollock said in 1950. As the Rothko Chapel in Houston exemplifies, the intensity of this encounter can be heightened by the way the work is displayed.

In addition, the exhibition will be shown at the Guggenheim Museum in Bilbao from February 2 to June 4, 2017.