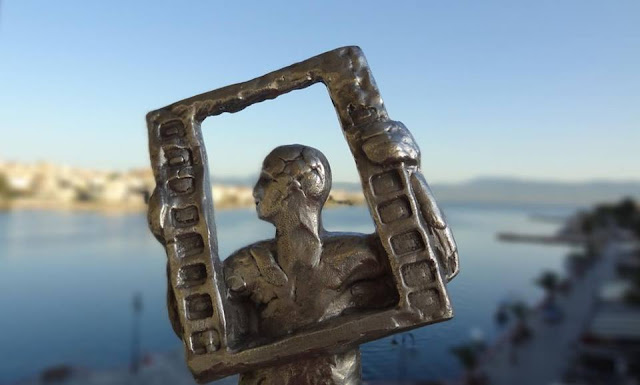 Friday, September 30, 2016 - The great festival of Greek Documentary celebrates ten years of continuous supply of the domestic creation of 7 Arts. On Tuesday, October 11, and for six days the heart of Greek artists pounding in the city of Halkida, in the 10th Greek Documentary Festival -Docfest. The 10th Greek Documentary Festival- Docfest, faithful to the rendezvous with the artists and the public, enables us, for six days, to participate in an original artistic inspiration and creativity trip centered multidimensional character of Greek documentaries. The official premiere this year will include 25 films documentary. Alongside the official program of the festival will screen 20 documentaries in the context of tributes and honorary events in major Greek filmmakers. The Greek Documentary Festival as part of the tribute "Meet Foreign Film" operates through its cooperation with the Mexican Embassy tribute at the Contemporary Mexican Documentary. Through three documentaries that focus attention on an artistic perspective different from the usual we will travel from 11 to 16 October in the Mexican Cinema. Like every year as part of the festival will be held parallel events, book presentations , masterclasses , music events , exhibitions , seminars , exhibitions and presentations of workshops in partnership with public educational institutions; offering a space substantive dialogue and exchange of ideas . The screens are transformed into places where the inspiration , ideas , thoughts , problems, make the new data for the future of Greek cinema.