London Calling | Summer in the houses 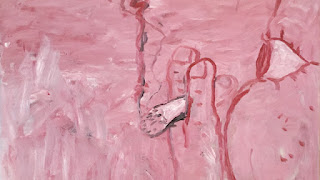 Thursday, August 4, 2016  – Summer announcements of the world's major auction houses do make a delight for the upcoming season and some omen for those observing the trends. Sotheby’s is announcing "The Triumph of Painting: The Steven and Ann Ames Collection", the landmark sale of the New York autumn 2016 auction season. The collection, which stands as a peerless survey of art produced in this generation, was assembled by Steven and Ann Ames, New York patrons of the arts, philanthropists and collectors. The Triumph of Painting will be offered in dedicated sequences within Sotheby’s sales of Contemporary Art on 17 & 18 November. Collectors and art enthusiasts around the world are welcome to view highlights in Los Angeles, Hong Kong and London through September and October, prior to the full exhibition in New York. Overall, the collection is estimated to fetch in excess of $100 million. Steven and Ann Ames’s immeasurable curiosity and profound admiration for Contemporary art is reflected in The Triumph of Painting, which tells the story of painting over the past 50 years. Masterpieces by Robert Ryman, Georg Baselitz, Willem de Kooning, Anselm Kiefer, Gerhard Richter, Philip Guston and others, both on their own and in conversation, emphasize the unquestionably important context and inspiration of each individual work. The Triumph of Painting: At the core of the collection are outstanding works by two giants of 20th-century painting: Gerhard Richter and Willem de Kooning. Richter was one of the first painters to spark the couple’s interest after they fell in love with his work in the 1980s; indeed Steven wrote his thesis on the artist to earn his Master’s degree in Art History at Columbia University. The Evening Auction on 17 November will include Richter canvases from every major period of his career covering his full exploration of the medium – abstract, landscape, portraiture, conceptual and more. Robert Ryman and others then entered the collection before the Ames’s sought out paintings by Willem de Kooning, seeking to connect the legacies of these different artists and to bridge the stylistic gaps between them. Learn more HERE.

An August 2016 event "Visions of the Great White South", an exhibition to be held at Bonhams, 101 New Bond Street, will reunite the iconic photography of Herbert Ponting with the evocative watercolors of Edward Wilson over a century after the two men first dreamt up their plan for a joint exhibition. The British Antarctic Expedition, better known by the name of its ship the Terra Nova, took place from 1910-1913. Captain Robert Falcon Scott appointed Dr Edward Wilson, a close friend and a fine watercolourist, as his chief scientist. He also invited camera artist Herbert Ponting to join the expedition as official photographer, in a bold move in an era when high quality photography required great skill and careful attention in ordinary circumstances, let alone in the extreme environment of the Antarctic. Both Wilson and Ponting captured expedition life as well as keeping a visual record of scientific phenomena that the crew were studying. Making use of the Scott Polar Research Institute's historical collections, the exhibition will also show examples of Captain Scott's photography from the expedition in a series of beautiful new platinum prints of his work, produced by Belgian photographic publishers Salto Ulbeek in collaboration with the Scott Polar Research Institute. Scott was taught photography by Ponting during the expedition, and, in the images he produced, the influence of both Ponting and Wilson can be discerned in the ways he captured the vast and compelling landscapes of the Antarctic.
Both Ponting and Wilson hoped to hold a joint exhibition, however the catastrophic loss of the South Pole party including Scott and Wilson made that impossible. Owing to the death of Dr. Wilson his pictures could never be reproduced for sale, as he had intended. His widow, therefore, considered it better that they should be exhibited separately. The whole beautiful series of his water colors was shown at the Alpine Club, whilst my photographs were exhibited at the Fine Art Society's galleries, London. For several years the Friends of Scott Polar Research Institute, with the support of Bonhams and the Royal Navy, have run an artist in residence scheme which sends an artist to the Antarctic on board the icebreaker HMS Protector. Artists including Captain Scott's grand-daughter Daphila Scott and renowned wildlife artist Darren Rees will exhibit their responses to the frozen wilds of Antarctica. Robert Brooks, Chairman of Bonhams, comments, "It is an honor for Bonhams to exhibit the art of two such extraordinarily talented and brave men and to be able to hang works together publicly for the first time ever. The Terra Nova expedition is famous, of course, for the tragic loss of Captain Scott and his companions. But its purpose was primarily scientific and Wilson and Ponting's work reminds us of the pioneering quest for knowledge that underpinned the venture." International collaboration in the Antarctic by Dafila Scott will be exhibited along with works by other contemporary artists from the SPRI residency. Find out more on  SITE. 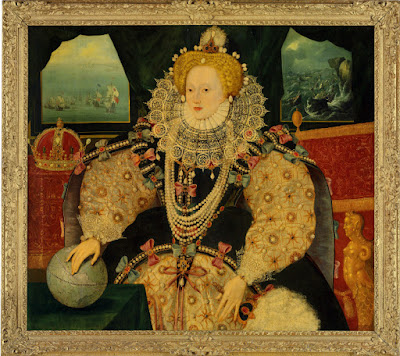 Last but not least, Christie’s is festive that the historic Armada Portrait of Queen Elizabeth I has been secured for the nation after negotiating a private sale to the Royal Museums Greenwich on behalf of the Tyrwhitt Drake family. The sale of this iconic painting, which represents a key moment from the Golden Age of British history, takes place during Christie’s 250th anniversary year and is the culmination of a national campaign of many months. The painting has been acquired by Royal Museums Greenwich, with support from the Heritage Lottery Fund, contributions from the Art Fund and over 8,000 public donations. The occasion marks the first time the portrait has been sold in its 425-year history and will enter public ownership. The huge public interest in the campaign demonstrates the historical significance of the work and its continued relevance to the nation. Find out more about the significance this portrait is carrying for Britain HERE.