Saturday, April 23rd, 2016 - This Spring is of the finest spirits, at least according to the top auctioneers. 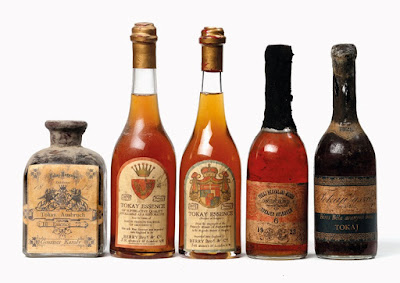 On Tuesday 17 May 2016 at 10.30 am and 14.30 pm Four Seasons - Hôtel des Bergues 33 Quai des Bergues, in Geneva, a Fine and Rare Wines auction is presented by Christies. Different collections from Bordeaux and Burgundy will be offered but also from Champagne such as a rare methuselah of Louis Roederer Cristal Millenium edition estimated between CHF 6,500-10,000. Christie’s is delighted to have been entrusted with the offering of rare bottles direct from Krug Cellars including an extremely rare jeroboam of the legendary Krug 1996 (estimate: CHF2,400-3,400). An important Swiss collection will proudly be presented by Christie’s at the auction. Kept for many years in the collector’s wine cellar, the nearly 400 bottles include notably a group of nine bottles of Armand Rousseau Chambertin Grand cru from 1990 (estimate: CHF 14,000-18,000) but also many other great wines from the domaine. Château Calon Ségur will also offer an important ensemble of wines released exclusively for this auction. The 34 lots will include magnums, double magnums as well as jeroboams. The highlight of the whole sale is a group of 10 bottles of Petrus 1982, estimated between SFr. 32,000 and 36,000, coming from the cellar of a Michelin-starred restaurant in the Alpine region. All the wines kept in this prestigious collection have been purchased on release and stored in perfect condition. Christie’s Geneva is also very proud to be entrusted to offer a unique range of wines carefully selected by Maison Champy. These bottles of Burgundy have all been removed from Maison Champy reserves and labelled especially for this sale. The wine department will also present an extremely rare Goszner Karoly Tokay Ausbruch Essence from 1872 estimated CHF1,800-2,200 and a half-liter of Berry Brothers Tokay essence from 1879 with the same estimate. The spirits’ amateurs will also have the chance to acquire a rarely seen bottle of Louis XIII Black Pearl anniversary edition. Created in honor of the 140th anniversary of Louis XIII cognac, The House of Remy Martin is unveiling a limited series of just 775 decanters worldwide of an exquisite cognac taken from a single tiercon from the family’s private cellars – the Louis XIII Black Pearl Anniversary Edition (estimate: CHF 15,000-20,000). 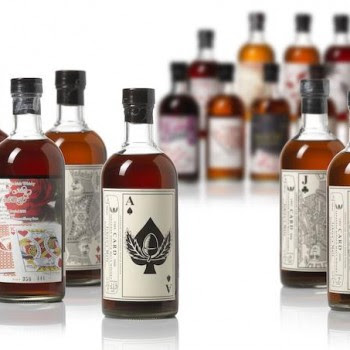 On the other hand, Bonhams Fine Wine, Whisky and Cognac Sale in Hong Kong on 20 May offers, as usual, a first-class selection of wines and spirits. The outstanding lot is a magnum of Louis XIII Black Pearl estimated at HK$350,000-450,000. Bottled in 2007, this famous Remy Martin cognac, aged for more than a century in one of the company's oldest barrels, comes in a Baccarat crystal decanter and is numbered 75 of 358. It is among the most coveted cognacs in the world. Whisky The Whisky section of the sale offers a highly desirable bottle of Karuizawa-1963-50 year old estimated at HK$200,000-280,000 and a pair of Karuizawa-45 year old-Water of Life at HK$150,000-190,000. There is also a large selection of single cask whisky from the Yamazaki distillery and a bottle of Hanyu Ichiro's Malt-Ace of Spades estimated at HK$80,000-110,000. A 57 year old bottle of Macallan Lalique whisky is estimated at HK$210,000-250,000 The sale also includes a bottle of one of the most sought-after of Scotch whiskies, The Macallan Lalique-57 year old which has an estimate of HK$210,000-250,000. Distilled and bottled by Macallan, this very rare 57 year old whisky comes in a Lalique Crystal decanter numbered 17 of 400. Wine Leading the wine section of the sale is a magnum of Richebourg, Henri Jayer 1985 estimated at HK$160,000-190,000. From Bordeaux, there are more than 50 lots of the 2005 vintage, universally acknowledged as the vintage of the century so far, including a case of Château Cos d'Estournel estimated at HK$7,000-9,000. Bottles from six vintages, from 1993-2000, of Masseto, Tenuta dell' Ornellaia, an iconic Italian red made from the Merlot grape, are a particular rarity. A 1985 Henri Jayer Richebourg is estimated at HK$160,000-190,000.

Commenting on the sale, Bonhams whisky and wine specialist in Hong Kong Daniel Lam said, "For our May sale we have a very strong selection in all categories. Old bottling of Karuizawa is very much in demand and we have over 20 bottles on offer. We have sold The Louis XIII Black Pearl is a particular highlight which has sold very well at previous auctions and very successfully in the past and I am expecting great interest in the 2005 Bordeaux". The sale consists of more than 600 lots – 380 wine; 230 whisky and the remainder, cognac and Japanese Sake. It takes place at Bonhams, Suite 2001, One Pacific Place, 88 Queensway, Admiralty on 20 May starting at 5.00 p.m.