"Bouquet" of leading painting and sculpture exhibitions in Myro Gallery 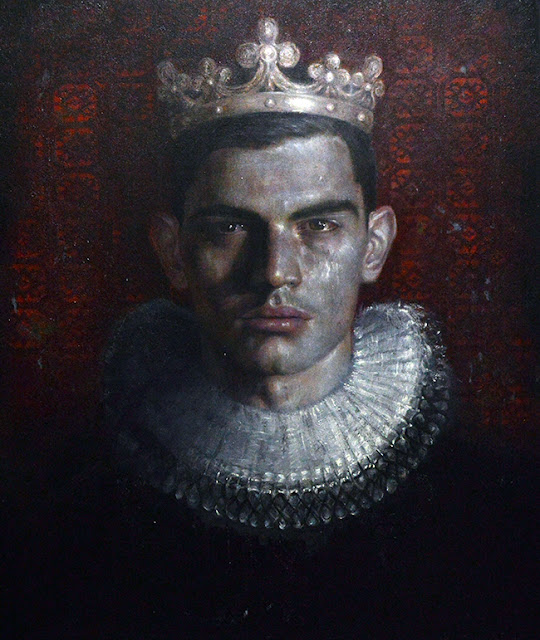 Tuesday, , April 19th, 2016 - The day after tomorrow, Thursday, April 21 at 8:00 p.m.  Myro Gallery opens two painting exhibitions, plus a sculpture show and an installation. For those not familiar with the gallery's modus operandi, we will mention that the Gallery consists of 4 distinct spaces that serve as separate galleries, so every month exhibition to present as many parallel shows. The main entrance of the premises located at Nikiforos Fokas 8, the White Tower area in the center of Thessaloniki.

A  first highlight we will focus on is the solo exhibition of the famous portraitist Michael Tsakounti in the Central Hall, which is the second solo realized both in Myro Gallery and in Thessaloniki. The first show in which the gallery introduced him practically in the city took place in 2012 and had great success. Having in mind the works of the new series of "Bloodline", and knowing well the older works, it is not certain that one can talk about improving the technique -which anyway was always exceptional- as to boldly explore differentiated data on the faces of, and perfecting the accent details that make the work of the new series very atmospheric. The artist will attend the opening.

In Greek Marble Initiative Showroom this month Andrej Mitevski exhibition takes place. The internationally high potential sculptor focuses on marble and is distinguished for its creativity and for their adventurous designs of the marble, his favorite material, it reaches to the ends of the resistance. The exhibition has the distinctive title "Emerging Forms" which is the title of the series to be presented. The series consists of 25 sculptures, of which only in nine will be presented Myro Gallery. The rest will settle for two months in the Main Lobby of Hyatt Regency Thessaloniki, under the agreement of Myro Antiques House as the managing authority of the Art Shows held in the laxurious hotel that have transformed it in an arts  museum-like environment. Another five pieces are shown along with the permanent collection of Myro Antiques House in the main building of the company in Souroti area of Thessaloniki. 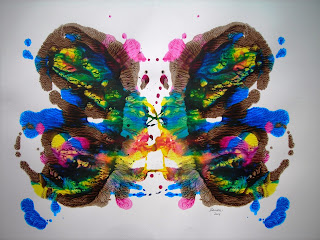 The solo exhibition of painting by artist Julia Manousi in Myro Project Room presents a series of small abstract works titled "Adrenaline". The artist has issued a statement on the occasion of her show:  "It's been many years that I left behind me the blueprint to my paintings. Now I Let  my hand free to follow conscious and unconscious, taking what it wants, brush, spatula, papers, jellies etc.… And with colors to capture on canvas emotions, worries, concerns, fears and fantasies that filled every time my inner being. Once out forms, real and unreal landscapes, dreamy images of Up and the Underworld, controversial designs and shapes. In this series "Adrenaline" reflected the stress, anxiety and rush to ease my load and give birth to reborn… Then came calmness...  until the next birth". 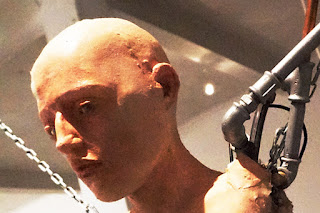 In the Vitrina space of the gallery there is an installation with the dinstictive title "Corpus Futura" (Latin, it means The body of the future) by the young sculptor Stratos Pallas. In a statement the artist published for his artwork, it is noted:  "From a point in time and later in the evolution of the human species we have distanced ourselves from our natural environment and from the basic or primal needs that it imposes on us.Waking up though, in a contemporary environment that is difficult for one to locate something affected by technology and industry, the modern human can not but be also subjected to their rules. Technologically evolved but made of cheap material, instantly constructed but perpetually and monotonously productive, similar to community but so personalized in it’s life and it’s work, the “body of the future” as a prophetic reflection of my self and the spectator is struggling to free it self from it’s routine, following it faithfully.".

The exhibitions curated by Director of the Art of Myro Antiques House and Myro Gallery Curator, Mr. Paris Kapralos. The gallery supports group guided tours and visits; consult with the Curator via email at myro.thessaloniki@gmail.com at least two days before).

The aforementioned exhibitions will conclude on May 21st, 2016. Admission is free. The gallery is open for the public Thursday and Friday 11.00 - 14.00 & 17.00 - 21.00 and Saturday 11.00 - 15.00. Find out more at  www.myro.gr.
Email ThisBlogThis!Share to TwitterShare to FacebookShare to Pinterest
Labels: ENGLISH, Multimedia & Installations Art, Sculpture & Ceramics, Ζωγραφική, Τέχνη
Newer Post Older Post Home