Nitra | Theo Prodromidis :: Towards the Bank of the Future 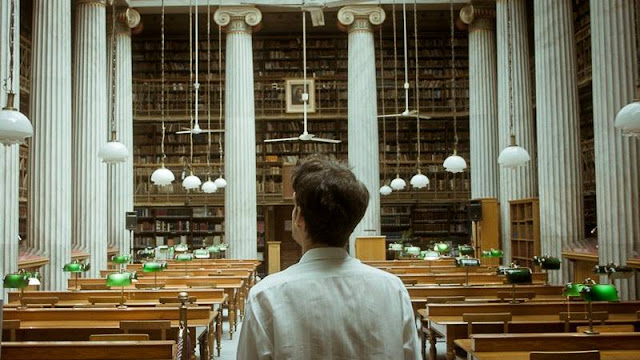 Monday, November 2, 2015 - Nitra welcomes Thessaloniki International Film Festival with the solo show of Theo Prodromidis Towards the Bank of the Future, central work of which is the video the artist was commissioned by the Onassis Cultural Center for the exhibition Visual Dialogues 2013 (2013-2014).

The work that has as point of reference the poem «The Bank of the Future» by C.P Cavafy, has been presented at Les Rencontres International, New Cinema and Contemporary Art in Paris (2014), in Berlin at the Haus der Kulturen der Welt (2015), and in June 2015 at the Niarchos Foundation in Athens, as part of the Fireflies in the Night, organized by Robert Storr (Dean of Yale School of Art) and curated by Barbara London, Kalliopi Minioudaki and Francesca Pietropaolo.

Apart from the video “Towards the Bank of the Future”, artworks that were created in the same research framework, using media like neon and textiles, are presented for the first time. This parallel presentation creates a new context for the interpretation of the works as it creates a new path and experience in the space highlighting semiotic elements of the work.