London Calling | Evening and Day optimism due to Haggadah 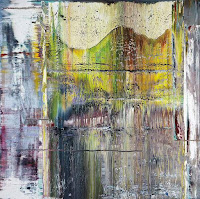 Saturday, June 13, 2015 - June 11 "Evening and Day Editions" auction at Phillips,  London, generated significant optimism in the art world, as almost 80% of the lots where sold, some exceeding exponentially their respective starting price.  A total of 257 lots auctioned and 207 sold producing around £1,85 million, while 64 lots were sold over high estimate. Warhol’s Shadows I was sold for £129.390, and it was the highest hammer price of the auction. The utmost successful lot of the auction was Gerhard Richter’s "Haggadah" from 2006, that had a whooping +537.5% difference between hammer price and high estimate. Damien Hirst’s Mickey had +400%, Richter’s Abstraktes Bild had +350%.