Worldchefs Shifts to Thessaloniki in 2016 Congress 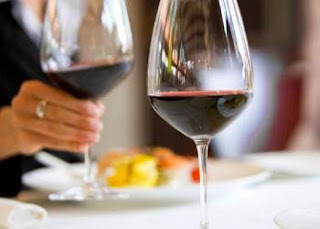 Saturday, May 16, 2015 - In a recent Press Release Worldchefs Congress Committee has confirmed the change in location of the upcoming Worldchefs Congress 2016 from the original location of Athens to Thessaloniki, Greece.  Thessaloniki is a beautiful city and the second largest in Greece. Historically one of Europe’s oldest and most multiethnic cities, Thessaloniki is considered the cultural capital of Greece. It marries its thousands-year-old multicultural heritage and the architectural marvels with the Roman, Byzantine, Ottoman and Sephardic Jew history. Festivals such as the “Dimitria Festival” and the “International Film Festival” draws hoards of buffs to the city each year. Here's more: This city also boasts a dynamic under-30s do-it-yourself youth culture-creative movement seen nowhere else in the Southern part of Europe.  The Worldchefs Congress has grown in size and content over the years. With more sponsors on board, there is an increased demand for more booths and space for a bigger, better Congress. The original congress site set at Intercontinental Hotel in Athens was unable to host the increasing numbers due to space constraints and other reasons.  The newly appointed location promises more space and convenience. In addition, it is easily accessible from the event venue with most hotels within walking distance or a 15-minute drive away. It also promises more cost savings, which will make this more accessible to members from around the world.

Founded in 1928 in Paris, France the World Association of Chefs Societies (www.worldchefs.org) is a global network of national chefs associations from 93 countries, representing over 10 million professional chefs worldwide. WACS is a non-political professional organisation dedicated to maintaining and improving the culinary standards of global cuisines. We accomplish these goals through education, training and professional development of our international membership. As an authority and opinion leader on food, WACS represents a global voice on all issues related to the culinary profession.

Find out more on how to participate HERE.