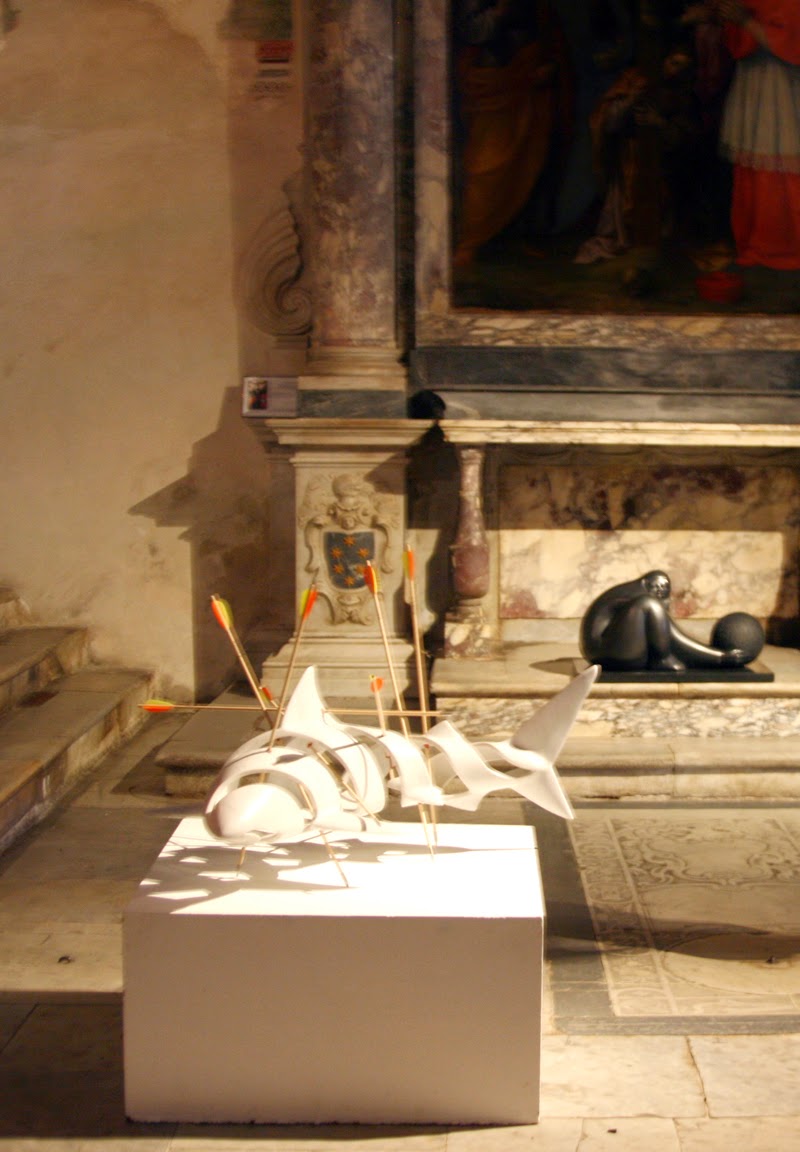 Myró Gallery, partnered with Greek MarbleInitiative, proudly presents the solo and retrospective exhibition of sculptor Giannis Bizas in Thessaloniki, Greece, opening on April the 2nd 2015 at 20:00.

The exhibition shows the most recent works of the artist along with pieces created over 15 years ago. Some of the most significant artworks of the newest series of the artist “Humanity” will be on display. The exhibition is curated by the Gallery's main curator Mr. Paris Kapralos and the text documenting the sculptures is written by the Theorist of Art and Main Curator of the Macedonian Museum of Contemporary Art Miss Thouli Misirloglou.

In the documenting text, Miss Thouli Misirloglou observes: “There is a perplexity with a conceptual ambition in his works, which combines sleekness with fragility and the use of vacuum as an important area of work with the realistic representation of the wound. Especially regarding the management of sculptural space, the gap with the way the use makes the route of liquidity, but not of relativity: is the instrument that causes the certainties, raising questions, particularly for major issues that grapples, which abide by the dimension of the 'raw' and 'cooked' as set by Levi Strauss, imprinted onto his sharks. Thus, he restores meanings and values of an European heritage at large. A not so faraway relation to those found in “pseudo-sculptures” of Pino Pascali, a great, prematurely lost Italian artist, already present from the 60s version of a painting in three-dimensional canvases of various shapes, which withdraw anatomical elements, elements of nature, animals, etc. If Pascali's Arte Povera refutes poetic reality, often recalling contradictions of the (war) games, with which grew an entire postwar generation of artists, the development of the specifying feature of Giannis Bizas founded on similar humanistic values and practices: even though the war is now another form, the emergence of human existence as a vulnerability Treaty is in any case requested”. 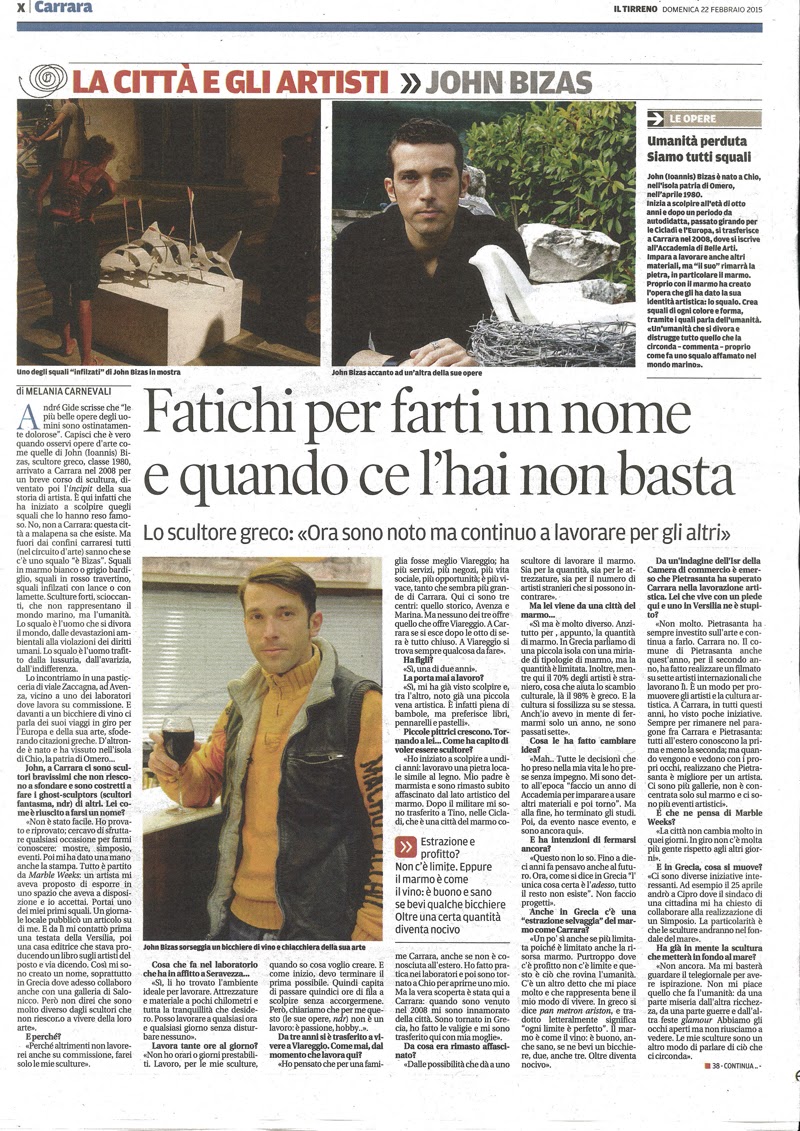 Brief CV
Giannis Bizas was born in Chios island of Greece in 1980. Since his young age he demonstrated great interest in the Fine Arts and soon after got involved with sketching and sculpting. His material of choice is marble, which he work with in a characteristic manner. His passion fo marble sculpture has driven him away from Greece and into Italy in 2008, where he still works and lives. Initially he resided in Florence for seminars in art and then in Carrara, where he got a degree in Fine Arts from the local academy - part of the University of Pisa. Thenceforward he has been distinguished for the originality of his work in selected international symposia and exhibitions worldwide. Associated with the Greek Marble Initiative since the kick off of the international platform to support his country, he never forgets his homeland, in which refers to any promotion opportunities in the international media. His works can be found in private collections and public Institutes around the world, while his name is not missing by international editions of lists & catalogues in recent years, stating him as one of the most strongly emerging sculptors of contemporary art.