Sunday, November the 30th, 2014 - New Bond Str. Bonhams' latest  Greek Sale was a major success raising more than €2,1 million (including premium). The indisputable star of the night being Moralis' works,  since its masterpiece “Full Moon L” was sold at €333,125, “Epithalamion” at €153,125, and “Positive” was sold at the price of  €93,125. In addition, other Greek artists, such as Nikos Hadjikyriakos-Ghika, whose art piece “Hydra, Composition in black” was sold at the third highest price of €123,125, and Georgios Bouzianis’ “Portrait of a lady” selling at €78,125, while “Rue des Abbesses, Mοnmarte” was sold at €40,388 -a significant record one might say, if you consider the hammer price is six times its original price estimate. 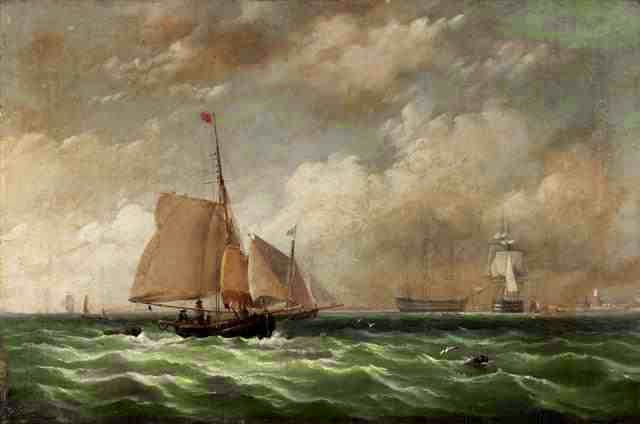 An unsung hero of the auction is Jean Altamoura's “Sailing ship in the port of Copenhagen” -a classic, yet unsurpassed beauty.  is one of the extremely scarce works by Altamoura, a short-lived but exceptional seascape painter who by the age of 24 was already an acclaimed and highly paid artist enjoying the full support of the Greek Royal Court. As noted by E. Kypreou, who included this outstanding painting in the artist's major retrospective at the Benaki museum in 2011, "Altamoura produced only a few works and none of them is mediocre. At a time when an attorney in law was being paid fifteen drachmas for a court appearance, a canvas by Altamoura was purchased by the then Ministry of Marine Affairs for 2,000 drachmas”.

Another personal wager was Georgios Gounaropoulos “Watering the horses”, which despite high expectations, though sold, performed moderately. Its a significant work, found in books for marking Gounaropoulos turn towards liberating colour from the constrains of the outline, while its one of the first that “G. Gounaro” signature appears, rendering the work a collectible little treasure.


Review all the results of the Sale HERE.

Despite initial enthusiasm these news may aspire, take into consideration an almost 16% decline compared to the House's Spring Auction, while not many of the works fetched the originally estimated high prices. An overall picture is one of guarded optimism...