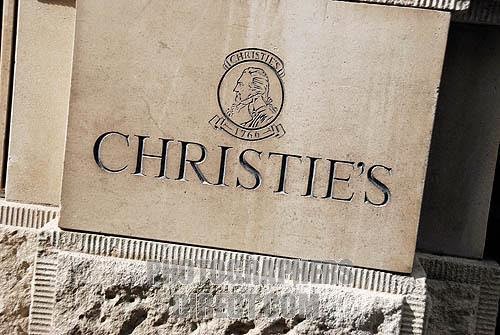 Friday 26 of September 2014 - Christie’s season of Post-War & Contemporary Art auctions will be highlighted by The Italian Sale, which will take place on 16 October in King Street following the Post-War & Contemporary Art Evening sale. Subsequent to the record breaking successes of the Italian Sale in 2013 and the single owner collection Eyes Wide Open, An Italian Vision this past February, the Italian Sale this year will continue to represent the very best of Italian Art, with key works by Modern artists such as Giorgio Morandi, Giorgio De Chirico and Marino Marini and his sculpture Cavaliere, which strongly resonates with the artist’s L’angelo della città, a cast of which now famously stands at the entrance of the Peggy Guggenheim Collection in Venice (estimate: £600,000-800,000). Important pieces by Post-War Italian masters
such as Alberto Burri and his Rosso Nero (£1,500,000 – 2,000,000), Lucio Fontana and his Concetto Spaziale (estimate: £800,000 – 1,200,000) will also be featured.  Arte Povera masterpieces will be featured, including important works by Alighiero Boetti such as Colonna, from 1968 among others (estimate: £1,500,000 – 2,000,000). The auction will also present works by two of the founders of AZIMUT gallery, Piero Manzoni and Enrico Castellani, which coincidently celebrates the current exhibition at The Peggy Guggenheim Collection in Venice, curated by Luca Massimo Barbero and supported by Christie’s as a technical sponsor. Comprising over 60 lots, the auction will also feature an important group works assembled by a private collector focussing on the development of art in Italy during the post-war era. Entitled ‘Mapping Modern Art in Italy: Half a Century of Art from a European Private Collection’, this selection features works by artists working in the avant-garde, including Boetti, Burri and Fontana.