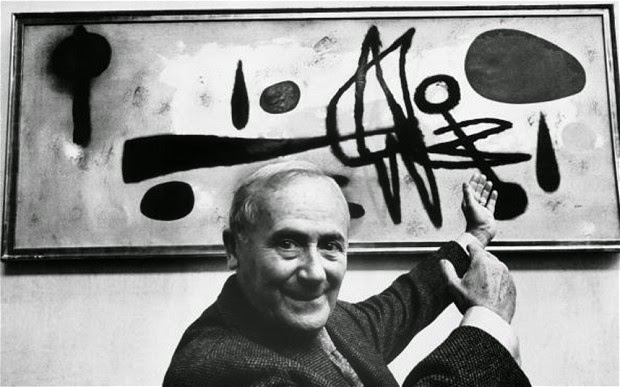 A Portuguese judge has overturned a previous ruling, which had banned the sale of 85 works by Joan Miró, Le Monde reports. The judge determined on Friday that the works would not be considered cultural heritage objects and thus would be able to leave the country for sale in London. The Portuguese government hopes to use proceeds from the sale to help bolster its diminutive coffers, following the banking crisis that has brought the country’s economy to a halt.  The paintings are estimated to be worth north of €36.4  million ($50.6 million). They were originally scheduled to be sold in Christie’s February sale. However, following massive public outcry and protests, they were pulled from that sale just hours before it was slated to begin.  In late March, it was announced that the works would go in Christie’s June sale in London. That sale was blocked in late April by a Lisbon judge who banned the works’ export from Portugal due to their significance to cultural heritage The 85 Miró pictures were originally part of the Banco Português de Negócios collection. The bank folded in 2008 with the government then assuming ownership of its collection.  Now, nearly $110 billion in debt, the state has sold off about $11 billion in assets. Whether objects of cultural heritage can be among that hoard has sparked fierce debate in the country. Angolan businessman Rui Costa Reis has approached previously the Portuguese government with an offer to purchase the works for €44 million ($61.2 million), well above their estimated worth. If that sale were allowed to continue, he has said that they would be placed on display in Porto, Portugal for at least the next 50 years.