ΤHOSE often attending our auctions at Antiques House (www.antiqueshouse.gr/) the presence of treasured objects and monumental range is not something new. Flemish paintings, Victorian furniture, rare antique machines of the 17th century or earlier have found their way to our auction, among other valuable antiques of Museum stance. 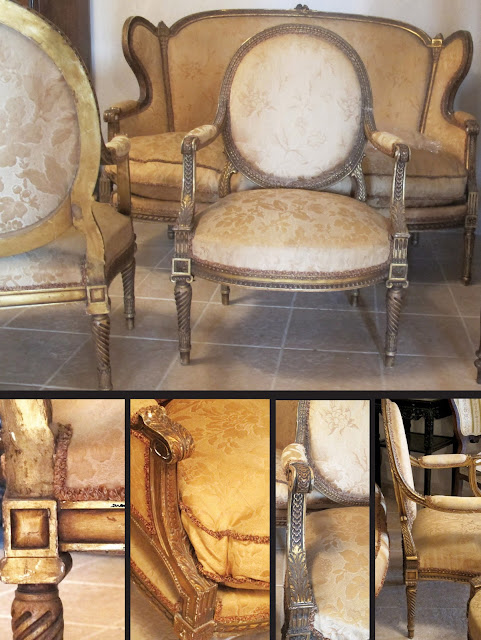 In the upcoming auction of  April the 3rd a complete French salon of the late 18th century, era & style  of Louis XVI, designed according to the relevant literature by Jean - Baptiste Lelarge (furniture designed by him are part of the original Versailles, the Louvre museum and world-class collections, including the Wallace collection), consisting of a couch and two armchairs, perhaps the most important set has gone through our auction. France, 18th century, all glazed gold, with the initial polishing almost all  its parts. Its can be preserved and become the museum's existence. In France only the armchairs as a pair would exceed in value our starting price of €2000 for the whole set. 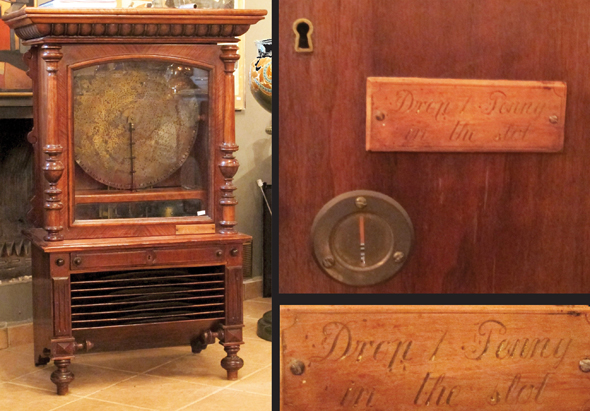 Another important object is a machine that could be described as "the ancestor of i-pod». No this is not some dusty and forgotten Apple device that came out of a loft, but a Coin-operated disk music box 19th century, a model engineering excellence, collectible for two reasons. First, it is a technological breakthrough for its time, and secondly, because the machines in its class represented an important step in the commercialized use of technology in public space. As can be seen by each careful observer, the machine has a "Put 1 penny in the slot". The music box, original furniture of the 19th century, with 8 metal discs, works now only with a crank, and not through the mechanism with coins. The starting price is €6000. Another highlight of the museum items sported in this auction is the collection of ten buckles and six belts of  what is called "farmakerό” (=poisonous) silver, which has great collectible value, derived solely from our area and are authentic antiques. Essentially it is a complete collection, but will be auctioned in parts, within different lots, as the price of purchasing of all the pieces together, even impaired at a reasonable starting price, maybe would be too "heavy" for anyone interested and attendee in the room on the day of auction to "hit". However, you should keep in mind that in this class of objects is that often the auctioneers say, that "1 +1 = 3", which means that the value of a collectible set of objects-even in small-number is above the value of individual units of the same collection.
In the following slideshow you can see all the objects to which we refer to in our article. For more information click www.antiqueshouse.gr